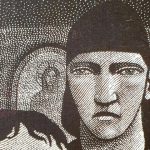 Ayosha, the “angelic brother” of Dostoevsky’s novel. Aloysha the monastic novice. Alyosha the compassihollonate. Alyosha, who has chosen to live only for God. Yes. But Alyosha the depraved? Alyosha the corrupt. . .Alyosha the insect? Christos Yannaras, one of the foremost living philosophers of Europe, through his careful reading of The Brothers Karamazov has … END_OF_DOCUMENT_TOKEN_TO_BE_REPLACED 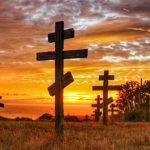 In one month's time we celebrate the Feast of the Elevation of the Cross. The cross, writes Orthodox theologian Fr. Dumitru Staniloae, is the means -- if we adopt it -- by which paradise is restored. This paradise is not only that which which will be experienced at the end of the Christian's earthly life, but "...may also be an evolving paradise here on earth, a restitution of … END_OF_DOCUMENT_TOKEN_TO_BE_REPLACED 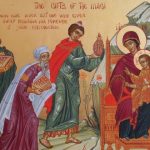 We have come from afar to venerate the infant Christ — not from the land of the wise men but out of the darkness of our own souls, out of the murk of sinfulness. We have been guided by the miraculous star that has risen within us, obeying its mysterious and powerful call. We have seen from afar the radiant manger and the heavenly glow above it, but we have found the … END_OF_DOCUMENT_TOKEN_TO_BE_REPLACED 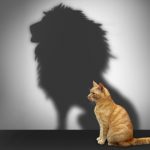 Prelest (in Greek, “plani”) is the spiritual correlate of high blood pressure: its progression is slow and silent, and it often goes unnoticed until it reaches a deadly stage. From our friends at Orthochristian.com, here are two articles on prelest (or spiritual delusion) that discuss both its dangers and preventatives against it. Source: Orthodox Christianity By … END_OF_DOCUMENT_TOKEN_TO_BE_REPLACED

PART ONE One of the towering figures in American Orthodoxy has reposed. Struggling to recover from surgery performed last December, Herman fell asleep in Christ on the morning of June 21 in Houston, Texas among family, friends, and clergy. As an author, as a lecturer, as a teacher and mentor, as a friend and brother and father to so many, as a man whose heart was as big as … END_OF_DOCUMENT_TOKEN_TO_BE_REPLACED