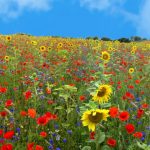 Thomas Traherne was a seventeenth century Anglican priest originally known as one of the less prominent “metaphysical poets,” although he was until recently overshadowed by figures such as John Donne and George Herbert. As a simple country priest, he led a quiet, obscure, and pious life, dying of smallpox in 1674 at less than 40 years of age. In the winter of … END_OF_DOCUMENT_TOKEN_TO_BE_REPLACED 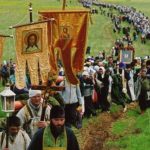 Editor's Note: This document was issued in 2000 by the Council of Russian Bishops. It addresses a very wide range of cultural, moral, social, and political issues that are of concern to Orthodox Christians in all lands, and the editors of Another City believe that it deserves to be more widely known and studied outside Russia. The English text posted by the Russian Patriarchate … END_OF_DOCUMENT_TOKEN_TO_BE_REPLACED