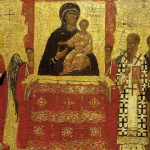 The Triumph of Orthodoxy, which we celebrate on the first Sunday of Lent, entails both an affirmation and a negation. It commemorates the restoration, in the year 787, of icons to Orthodox temples and homes, and at the same time it commends what the Seventh Ecumenical Council called their “veneration and honor (timitiki proskynisis)” while reserving their "real … END_OF_DOCUMENT_TOKEN_TO_BE_REPLACED 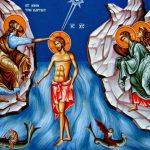 Pagan antiquity, writes Fr. Stephen De Young, often portrayed a world in chaos. Ancient gods were viewed as fighting monstrous creatures of chaos, a kind of primordial being represented by natural forces — the "elemental spirits of the world" as St. Paul put it — against which the battle for order had to be won. Contrast this with the writings of the Old … END_OF_DOCUMENT_TOKEN_TO_BE_REPLACED 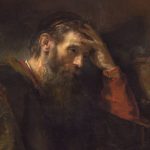 In his his splendid biography of Fr Seraphim Rose, Fr Damascene Christensen tells the story of a young monastic aspirant seeking the esoteric spirituality of Orthodox Christianity on Mt Athos. But once he finally arrives at his destination, the Abbot hands him a copy of Dickens’ novel, “David Copperfield” to read. When the young man protests in dismay that … END_OF_DOCUMENT_TOKEN_TO_BE_REPLACED 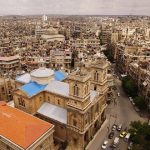 The Ottoman Empire, Roger Scruton writes, was not composed of nation-states but of creed communities. Peace between the sects could not be ensured by borders, as in Europe, but only by custom. Peace is precarious and requires constant work and architecture is part of that work. When France was given the madate to govern Syria in 1923, the character of the ancient cities of the … END_OF_DOCUMENT_TOKEN_TO_BE_REPLACED 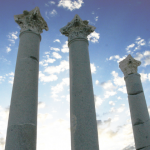 By Mary Lowell (Click on images to enlarge.) The artistic beauty of a building is not in the least a consequence of its perfect functionality. Principles of a purely artistic kind are decisive for the aesthetic value of a building. What beauty an arch can possess, or a tower in its form and color…! Dietrich von Hildebrand 1 It is common to hear people say, … END_OF_DOCUMENT_TOKEN_TO_BE_REPLACED