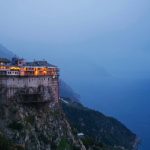 Mount Athos, the center of Orthodox Monasticism located on an autonomous peninsula in Northern Greece, has what Dr. Jean Claude Larchet calls a "prophetic role" in the modern world. This is true not only for Orthodox Christians, but believers in other religions and even atheists, Larchet writes. Why is this so? Why is Mount Athos a place of such enduring and widespread … END_OF_DOCUMENT_TOKEN_TO_BE_REPLACED 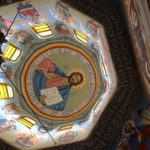 In this insightful short video Dr. John Farina, Professor of Religious Studies at George Mason University, opens to us the rich spirituality of Orthodox Romania through the simple but profoundly authentic lives of ordinary people. Farina speaks of Hesychasm, the practice of acquiring inner stillness primarily through the practice of the Jesus Prayer. "Be still and know that … END_OF_DOCUMENT_TOKEN_TO_BE_REPLACED