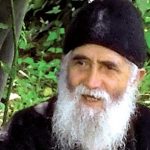 I held off talking about this miracle by Elder Paisios publicly until the miracle was complete, which it nearly is. I was asked to write an account of the miracle to be included in the papers sent to the Ecumenical Patriarchate where a decision will be made soon on the canonization of Elder Paisios as a Saint. I offer it here for the glory of God and the edification of the … END_OF_DOCUMENT_TOKEN_TO_BE_REPLACED 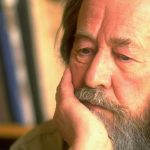 Almost thirty years ago Soviet dissident Alexander Solzhenitsyn delivered an address at Harvard University that still ranks as one of the most trenchant and inspired critiques of Western culture ever given. Although some of the political references are dated, two observations remain as true today as when they were first spoken. The first is that the philosophical materialism … END_OF_DOCUMENT_TOKEN_TO_BE_REPLACED