Postmodern theory propounds that reality is a social construct, and thus that we are men or women according not to our bodies but our beliefs. Worse yet, many think that reality sometimes needs more than a little coercion to conform to the social construction. It is becoming increasingly common for the bodies of children to be drugged and mutilated to force them to adapt to the beliefs of parents, school counselors, and sometimes the children themselves who are suffering from gender dysphoria. Orthodox bioethicist Wesley Smith documents here this violence against our children and discusses the harm caused by these errant ideologies.

When I was a little boy—beginning at age 3 or 4—I played a game with my mother. I would put one of her shawls over my head and say to her in a high-pitched voice, “I’m a little old lady!” Mom would play along, and we would have a few-minute conversation about my pretend life as an elderly woman.

At some point, probably at 5 or 6, I stopped playing the game on my own. But I have to wonder: What would happen under the same scenario today? Would my mother, educated in the newest pediatric literature, leap to the conclusion that I might be gender dysphoric? Would she encourage me to act out as a female—as we read of some parents, including celebrities, doing today?

Knowing who my mother was, certainly not. But we live in deconstructing times in which norms and self-evident truths are under concentrated attack. For all I know, a contemporary mom, impacted by modern culture, might take little Wesley to a doctor who might advise her that I could be transgender. Indeed, the doctor today might even encourage that idea.

Worse, if I did actually identify as a female, my doctor might recommend that my normal puberty be blocked with hormones to prevent development of male secondary sex characteristics and body mass so that I would appear more like a biologically-born female. And if my parents said no, in the not too distant future, the state might make it happen anyway.

This much isn’t speculation. The bodies of children diagnosed with gender dysphoria are being substantially modified by medical interventions while still in their formative years. For example, biological girls as young as 13 who identify as males have had mastectomies—euphemistically called “chest surgery” in a JAMA Pediatrics article approving the practice “based on individual need rather than chronologic age.”

More commonly, doctors deploy off-label prescribing of strong hormones—that is, using medications for purposes not originally approved by the FDA—to block the puberty of children who identify as the opposite sex, an intervention specifically endorsed by the American Academy of Pediatrics.

Gender dysphoric children who have already entered puberty may receive hormones so that they develop secondary sex characteristics of the gender with which they identify—called “medical affirmation”—even though the APA states that some such physical manifestations, such as breast growth or voice deepening, “become irreversible once they are fully developed.”

Administering hormones for these purposes exposes pre-pubescent and pubescent children to unethical human experimentation because the long-term health consequences to these patients cannot be known.

Indeed, the AAP’s own website states: “Research on long-term risks, particularly in terms of bone metabolism and fertility, is currently limited and provides varied results.”

Similarly, the UK’s National Health System’s Gender Dysphoria Treatment fact sheet states: “Little is known about the long-term side effects of hormone or puberty blockers in children with gender dysphoria.

“Although the Gender Identity Development Service (GIDS) advises this is a physically reversible treatment if stopped, it is not known what the psychological effects may be.

“It’s also not known whether hormone blockers affect the development of the teenage brain or children’s bones. … There is some uncertainty about the risks of long-term cross-sex hormone treatment.”

Good grief! These are children! In what other context would we countenance the substantial alteration of a child’s normal growth, maturation, and development—with unknown health consequences in following years—while also exposing them to potentially deleterious side effects such as weakened bones and psychological harm? Without a physical pathology to be treated—which is not what transgenderism is all about—I can’t imagine it ever being allowed.

The idea, of course, is to provide psychological help for these often depressed, emotionally distraught, and sometimes suicidal children. But what if the hormone-treated gender dysphoric child later comes to identify with the sex they were born, which sometimes happens?

Doctors may have deleteriously impacted their entire future lives without fully understanding the permanent developmental and mental health consequences. Given the tremendous potential for harm and the considerable “unknowns,” “off-label” uses of these hormones is all the more egregious since these children are usually insufficiently mature to give truly informed consent and parents may be under intense ideological pressure to acquiesce.

Defenders of these practices often say we should follow the science. But it seems more ideological to me. Consider the out-of-proportion rage expressed at “Harry Potter” author J.K. Rowling for claiming, accurately, that transgender children whose puberty is blocked “are being set on a lifelong path of medicalization that may result in the loss of their fertility and/or full sexual function.”

Ditto, the scorn directed against gay-rights writer and same-sex marriage advocate Andrew Sullivan for complaining that sex, the objective biology which one is born, has become wrongly confused with gender, meaning the sex with which one identifies subjectively.

Indeed, transgender ideology has gotten so extreme that a scandal broke out in the United Kingdom when it was disclosed that autistic children were being pressured by teachers into identifying as transgender.

Meanwhile, an article in the influential American Journal of Bioethics argued that transgendered children should be taught by schools to want these interventions, while also arguing that the right of parents to make their children’s medical decisions should be stripped if they refuse to go along.

This whole issue has the earmarks of a stampeding moral panic. If you doubt that, try to rationally discuss this topic from a skeptical perspective and watch how fast you are shouted down as a “transphobic” bigot.

The truth is to the contrary. People such as Rowling act out of love and the desire to protect the vulnerable, not hate—and certainly without any desire to injure these suffering children. Indeed, if anyone is causing harm, it is doctors who administer experimental interventions on children without fully understanding the long-term consequences to their patients. 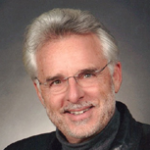 Wesley J. Smith
Bioethicist and legal consultant Wesley J. Smith is a Senior Fellow at the Discovery Institute’s Center on Human Exceptionalism, and the author of many books along with articles in such publications as First Things, National Review, The Weekly Standard, Business Insider, and The American Spectator.