Sexual identities, in contrast to sexual practices or passions, are a relatively new concept. Only recently were passions taken to define people, i.e. seen as constituting an identity or essence, such as homosexual or heterosexual—an understanding that even many secular circles now scorn as untenable. It is, then, discouraging to see a highly respected Orthodox hierarch dare to breach the unwavering moral tradition of the Church based upon such an “essentialist” notion of “sexual orientation.” Siewers argues that this step undermines Orthodox anthropology by turning the body into a thing (reification) and alienating humanity from the incarnation of the God-man Christ.

Please note: Another City does not allow comments on articles. Reader Siewers’ article however, will no doubt elicit comments and requests for clarifications given that it reveals the deep theological errors evident in Metropolitan Ware’s essay. The article is reprinted on the American Orthodox Institute (AOIUSA) website where discussion can take place.

St. John of Kronstadt wrote: “Never confuse the person, formed in the image of God, with the evil that is in him, because evil is but a chance misfortune, illness, a devilish reverie. But the very essence of the person is the image of God, and this remains in him despite every disfigurement.”

In his recent online essay embracing a secular model of essentialist sexuality, the retired Metropolitan Kallistos Ware unfortunately engages in rhetoric that does exactly what St. John and holy elders and saints and Church Fathers and Scripture and canons of the Church warn against: Confusing and identifying sexual passions of all types with the man made according to the Person of Jesus Christ.

Sadly, in light of his many talents and achievements, Metropolitan Kallistos’ latest writing echoes the secular culture and class of his own Anglo-convert culture more than global Orthodox tradition.

As a result, his intellectual exploration also seems quaintly old-fashioned now by secular academic standards. The educated elites of the affluent developed world in queer studies have moved on to transgenderism and pansexualism and polyamory, far beyond the example of bourgeois, monogamous homosexuality he objectifies in suggesting changes in Orthodox ideas of marriage.

Within the Orthodox tradition of marriage and ascetic struggle, however, there is no room for a secular progressive wing to divide theology from her anthropology, and no accommodation is possible in her soteriology for a reactionary consumerist view indulging the passions.

Yet both extremes of elite modern Western culture seem present in his view of identity, which seems headed in a direction both neoliberal and nihilist at the same time. Such musings will only help inspire schism and heterodoxy, the bitter fruits of those who would cynically use this previously respected writer and thinker as cover for political strategies to undermine Church tradition.

Nor does such questioning of tradition from a privileged, Anglocentric position take into account the struggle of Orthodox Christian parents and families and parishes globally, amid a nihilistic sexual revolution that undoubtedly has only intensified since his experience of being a lay person decades ago. While Orthodox young people today may need to prepare for a catacomb Church and cultural gulags, he raises academic questions that others likely will carry forward to a schismatic “Living Church” of Western Sergianism, replacing transfigurative holy tradition with a neocolonial formalist traditionalism.

Ironically, some in the West who try to change the Church’s moral teachings on sex have accused those defending them of being ascetically-minded, overly-zealous converts who objectify sex in ethnocentric ways. Yet Metropolitan Kallistos is an English convert and celibate priest who now regretfully seems to be doing just that.

This is because his old-style Anglican scholasticism proceeds from a sense of natural law embedded in secularized Western rather than Orthodox tradition. In his writing, passions of sexual orientation become natural and not the result of the Fall. Thus, passions must be God’s creation and therefore accommodated as an essential identity, rather than realizing natural law to be the transfigurative logoi or energies of God, as St. Maximos the Confessor described. These operate not as natures or essences, but through ascetic struggle in synergy with grace: The spark of divine love in the heart, as bioethicist Reader Herman Engelhardt calls it.

Most striking is the absence in Metropolitan Kallistos’ article of any sense of both the transfigurative beauty of the embodied iconography of male and female in an Orthodox sense, and the life-changing, noetic life of the Church in theosis with the uncreated energies through ascetic struggle and grace. Instead, through leading rhetorical questions, he merely points to a heterodox anthropology of watered-down contemporary culture in the guise of Orthodoxy with a Ruskinesque tinge, unhelpful to the struggling families of faithful today.

It is as if he adapts Aristotelian-based Scholasticism to the sexual revolution, in lining up the four imagined causes of same-sex identity—material, efficient, formal, and final—to argue for essentialized sexual identity as “natural,” although such an approach would be questioned even by many queer theorists today.

The Noetic Life of the Church

By contrast, St. Maximos considered such essentialisms (including heterosexuality) as expressive of divisions needing to be overcome in theosis. In Orthodoxy, any identity of sexuality, however “customized,” must be understood as an effect of the Fall: A departure both from the formal cause of man in the transfigurative logoi or divine energies, and from the final cause in theosis.

In Christ there is neither male nor female, as the Apostle Paul wrote. But there is still preservation too, in a mysterious sense, of the spiritual beauty of the embodied iconography of male and female from Genesis, ultimately exemplified in our Lord Jesus Christ and the Most Holy Theotokos, and the Lamb and His Bride, the Church.

In contrast, Metropolitan Kallistos is following a road that some academics claiming to be Orthodox have already traveled farther, mimicking liberal Episcopalian and Catholic intellectuals before them, lured by will o’ the wisps of sexual revolution, that ultimately serve demonic forces in objectifying human beings to their destruction.

Such gnostic Scholastic “theologians” ignore without compassion the Orthodox faithful, including parents and young people, struggling to maintain the standard of Orthodoxy, by offering a theology separated from anthropology, sundering their integration in the Christology of the Fathers.

It is the promotion and celebration of any essentialized sexual identities based on the passions—heterosexual, homosexual, transgender, or pansexual—that deny man’s embodied nature in relation to Christ as the source of our personhood. This is the great challenge to Orthodoxy in our day, as were Gnosticism, Arianism, Sabellianism, Monothyletism etc. in earlier ages; yet it recapitulates aspects of those earlier heresies as well.

Sexual identitiisms wander away from Orthodoxy by subscribing to a false personalism based in human self-will, which Metropolitan Hierotheos Vlachos warned against in his commentary on the documents of the gathering of bishops on Crete in 2016. The latter reflected a confused personalistic philosophy ardently taken up with zeal by academics affiliated with the Phanar today, including now sadly Metropolitan Kallistos.

Glorification of self-will brings denial of man’s embodied nature and identity in relationship with the Person of Christ the God-man. It partakes of the spirit of the Antichrist, which, as Scripture warns, argues that Christ did not come in the flesh. It would try to make Him a disembodied concept of identity as the basis for a “new anthropology” of ultrahumanism and posthumanism, disregarding the Incarnation and Christ’s two natures, human and divine, unconfused and undivided.

In today’s sexual culture, everyone supposedly becomes an idea of themselves, in whatever objectified identity, rather than an incarnate logos of the incarnate Logos. The metaphysical materialism of the age self-contradictory removes man further from an embodied state of grace, into a conceptual matrix, whose attempt at autonomous individualism finally ends in nihilistic self-destruction.

The heterodoxy at work in Metropolitan Kallistos’ new teaching is a now too-familiar neo-Gnosticism, seeking to turn the body into an object along with other people, and salvation into an intellectual exercise of the enlightened. That modern adaptation of ancient heresy has brought a heavy price for mankind in its effort to ravage Orthodox anthropology, emerging in tandem with systems of oppression that would try to set up the wills of an enlightened elite over the faithful and subdue the noetic life of the Church.

This anthropological heresy comes as a movement, but not through inspired Church Councils, rather via academics. Efforts to objectify sexual identity within the Church meanwhile belittle the faithful laity and would force them into a catacomb Church. Such efforts nurture a consumerist metaphysical materialism in which the body becomes only a manipulable object at the bidding of self-will and the passions. It serves the end of a technocratic class politically: Secular power and sensual excitement become their ultimate ideal, with pacification of the hoi polloi through false comfort serving as their modus operandi.

The Fifth and Sixth and Seventh Ecumenical Councils long ago offered antidotes for such confusion over the integration of Christology and anthropology in Orthodoxy. It is sad to see Metropolitan Kallistos, with such a gifted mind and talented pen, to which I owe much myself, waver into such heresy. We may pray that what he has lost as a philosopher he can regain as a beloved shepherd of the faithful, namely Orthodox dogma and faith. 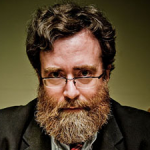 Dn. Paul Siewers
Dn. Paul Siewers is William E. Simon Visiting Fellow in Religion and Public Life at Princeton University, Associate Professor of English at Bucknell University, and a Reader at a mission of the Russian Orthodox Church Outside of Russia. He currently is co-editing a collection based on a scholarly symposium on the centennial of the October Revolution held at Bucknell. His views are his own.