The Canon of St. Andrew, the nine ode prayer of repentance written by St. Andrew of Crete in the early 700’s, is the customary way Orthodox Christians around the world enter the penitential season of Lent. St. Andrew wrote the prayer with the deepest humility, a virtue necessary for entering into the presence of God in ways that foster salvation, and the man who prays it — if he seeks humility — can experience a measure of that virtue and thus of God as well.

Well known author Frederica Mathewes-Green introduces and explains this much loved prayer in the Orthodox world.

Frederica Mathewes-Green, frequent National Review Online movie reviewer, is author of many books, on a variety of topics. Also a columnist for Beliefnet.com, her latest book comes just in time for the Christian holy season of Lent. It’s called First Fruits of Prayer: A Forty-Day Journey Through the Canon of St. Andrew. Frederica had conversation about the book with NRO editor Kathryn Lopez.

Kathryn Jean Lopez: What is “the Great Canon of St. Andrew” and what’s so great about it? Frederica Mathewes-Green: This complex poem (actually a chanted hymn) was written in the early 700’s, and it picked up the adjective “Great” for two reasons: it’s extra-long (about 250 verses), and it’s majestic. The Great Canon was written by St. Andrew of Crete, a bishop who was initially a monk in Jerusalem. My new book, First Fruits of Prayer, divides the Great Canon into 40 readings; this way readers can explore it as a spiritual retreat, during Lent or at any time.

The whole Canon is a kind of “Walk Through the Bible.” St. Andrew begins with Adam and Eve and goes all the way through, exhorting himself by applying the stories and characters of the Bible. Because it is so densely packed I provide a commentary each day on the facing page, which supplies the Scripture references, explains unfamiliar ideas, and suggests questions for reflection.

Reading the Canon helps us see how Christians in the Holy Land, 1,300 years ago, understood the Scriptures. It’s a way to time-travel, and actually join them in these ancient Christian devotions.

Lopez: Who was the Canon written for?

Mathewes-Green: Some people think St. Andrew wrote it for himself, for his own private use. Throughout, he is challenging himself personally, comparing his life and behavior to that of the Bible’s heroes and villains. It’s pretty intimate. When the Canon became known it spread through the churches of the Middle East, Eastern Europe, and Asia.

The Canon is still offered as a worship service by most Eastern Orthodox Churches every year during Lent. In the first week of Lent (March 6, 7, 8, 9) one-fourth of the hymn is offered each night. In the fifth week (April 6 or 7), the whole Canon is chanted in its entirety–about four hours of singing!

Lopez: Who was St. Andrew?

Mathewes-Green: He was born in Damascus about 660, and joined the Monastery of St. Saba, outside Jerusalem, at age 15. His intelligence and holiness were evident, and he soon became secretary to the patriarch of Jerusalem. He was a representative at the Sixth Ecumenical Council, and then manager of ministries to the poor, elderly, and orphans in Constantinople, and by the end of his life was Bishop of Crete.

But what he was most known for was inventing a new form of hymn, a canon. It’s composed of 9 sections, or “Canticles.” Each canticle begins by referencing one of the songs in the Bible–for example, the song of Moses when the Hebrews crossed the Red Sea (Exodus 15:1-18), or the Song of the Virgin Mary when the angel announced the conception of Jesus (Luke 1:46-55). Each canticle starts with a verse based on the biblical canticle and then takes off from it, almost like a jazz riff, developing the overall theme of the canon.

Lopez: What does St. Mary of Egypt have to do with Andrew and his canon?

Mathewes-Green: St. Mary lived about 200 years before St. Andrew, dying perhaps in 522. Her story was very popular in Jerusalem, and it was probably St. Andrew who introduced it to the larger church. On the night the entire canon is chanted, her story is read aloud as a kind of framing device.

The story of St. Mary of Egypt begins, actually, with a monk who is spending the Lenten fast in the desert beyond the Jordan. For 20 days he has seen neither man nor beast. Then he spots a human figure, which flees from him. It turns out to be a very aged, white-haired woman, completely naked. She wraps herself in the monk’s cloak, and tells him her story. It’s a corker. It’s in the book.

Lopez: Who is your book written for?

Mathewes-Green: First Fruits of Prayer is for anyone who wants to be stretched and challenged spiritually. It’s tough stuff. It seems to me that so much of contemporary Christianity is squishy and sentimental. It presents the faith like a consumer product, and is desperate to please. But go back 1,000 or 1,500 years, to a work like the Great Canon, and you don’t get that at all. There is a sense of awe and mystery here–a sense of seriousness–that you won’t find in a so-called “praise chorus.”

The Great Canon is demanding, no doubt about it. But maybe what we’re dealing with–life, death, evil, forgiveness, God’s compassion, our joy and gratitude–is serious, too.

Lopez: Are there aspects of the Canon that are peculiar to the Eastern Orthodox?

Mathewes-Green: There are places where the theological understanding is different than it has historically been in Western Christianity. For example, sin is not seen so much as bad deeds which make God angry, and which require a payment (Christ’s blood) in order to be forgiven. Instead, St. Andrew speaks of sin as something that arises from deep inside, from a darkened and confused mind. It is like a self-inflicted wound. He speaks of God as all-compassionate, rushing toward us with healing love, like the Good Samaritan or the father of the Prodigal Son.

So there’s no sense that God’s justice or honor have to be satisfied by Christ’s suffering before we can be forgiven. Christ’s suffering, instead, is the “battle scars” of his fight to free us from Death and the Evil One.

The concepts are more extreme on both sides. Sin is not just the breaking of external laws; it’s a poison that infiltrates our whole being and mind. Salvation is not just a “legal fiction” that imputes righteousness we don’t really have; it is life “in Christ,” saturation in the lightbearing presence of God.

Lopez: Is this the kind of spiritual writing that makes converts, or do you have to be pretty intensely prayerful already to get into it?

Mathewes-Green: I think there was a time when this kind of writing made converts–when hard-edged challenges broke through defenses, and led from sudden tears to joy. Recently, we’ve been in a culture where “Pal Jesus” was mostly in the business of emotional reassurance. I see a new interest, however, in “grown-up” spirituality, that grapples honestly with the unspoken loneliness, despair, and fear right under the smiley-face surface. This is especially true of people younger than the Baby Boomers. I hope that the Great Canon will surprise some readers by confronting them with a side of Christianity they don’t often see these days, one that is simultaneously tough and healing.

Mathewes-Green: It would be pretty dense to get through in a single sit-down reading, pretty emotionally draining. Also, St. Andrew is so exhaustive in his selection from the Scriptures that many references will be unfamiliar. That’s one of the reasons why I provide a verse-by-verse commentary on the facing page each day. Orthodox Christians do experience the entire Canon all at once when it is offered that evening in the fifth week of Lent. But I think it’s actually more absorbable when you’re singing and praying your way through, aloud, in the company of other people, than when you’re sitting reading a book.

Lopez: Uh, so “Forty Days,” did you really write this for Lent?

Mathewes-Green: Yes, that’s what I had in mind. I didn’t think of the parallel to Rick Warren’s book, Forty Days of Purpose, until a reviewer mentioned it. But I also hoped people might use it any time they want to tackle a serious spiritual discipline; it doesn’t have to be Lent.

Lopez: For folks who aren’t into Lent, they might know it as the time when some of their friends don’t drink–something along those lines. Do you “give up” stuff during Lent? How do you look at the 40 days? How do you tend to describe it to the uninitiated?

Mathewes-Green: For Eastern Orthodox, all spiritual exercises are designed to heighten our perception of basic reality: Sin is much more serious than we think, and God’s forgiveness is much more vast than we think. Left to ourselves, we go around with Playskool impressions of what’s at stake. So the goal of all spiritual disciplines are to cultivate charmolypi–to use a Greek term coined by the 6th-century abbot of the monastery on Mt Sinai, St. John of the Ladder. Charmolypi means the kind of penitence that flips into joyous gratitude, “joy-making sorrow,” repentance shot through with gold.

Orthodox don’t have a tradition so much of individually choose things to give up. Instead, we all take part in a common fast from meat, dairy, eggs, and fish; basically, a vegan diet. This recalls Daniel’s fast from rich foods in the court of Nebuchadnezzar. It’s a strenuous discipline, and can be adapted for health or spiritual reasons.

The fast is not self-punishment or payment for sin. It’s an exercise like weightlifting, designed to strengthen the willpower muscle. If you can resist a slice of pizza, you can resist the urge to yell at someone in traffic.

Lopez: What got you interested enough to write this book?

Mathewes-Green: Every year I would go to the service of the Great Canon, and it’s quite an experience: the darkened candle-lit church, incense smoke twining overhead, golden light glinting off the icons, and chanters singing the verses to ancient Byzantine melodies. After each verse everyone responds, “Have mercy on me, O God,” and bows to touch the ground. It’s serious, and timeless, and piercingly beautiful, and kindles humility and a yearning to be healed from all the poison within. In every way it contrasts with the image Christians (often deservedly) have in today’s culture. I wanted to make it available to more people.

The Great Canon is part of the Eastern Orthodox tradition, but really, it’s part of every Christian’s tradition; we all go back to first-century Jerusalem. The Canon makes more sense when you experience it in context, as part of the continuous flow of Orthodox prayer, liturgy, fasting, and sacraments. But I wanted to offer this introductory taste in hopes that it will leave some readers hungry for more. 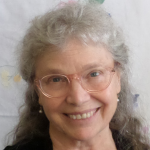