In a world where it is becoming increasingly unwise to entrust the education of our children to teachers who promote trendy, “relevant” curricula, the question arises “What, then, should we teach them?” British philosopher and public intellectual St Roger Scruton argues eloquently that the supposedly “irrelevant” traditional curriculum of great books, ancient languages, and classical music turns out to be in fact the most practical schooling of all, for it has proven its value in cultivating character and preparing students for challenges that are “new and unforeseeable,” and which “relevant” curricula bound up with current preoccupations cannot envisage.

How many writers, educators, and opinion formers, urgently wishing to convey the thoughts and feelings that inspire them, have found themselves confronted with the cry “that’s not relevant?” In the world of mass communication today, when people are marshaled into flocks by social media, intrusions of the unusual, the unsanctioned, and the merely meaningful are increasingly resented if they come from outside the group. And this group mentality has invaded the world of education in ways that threaten the young.

It began long before Facebook and Twitter. Indeed, it began with John Dewey and his call for “child-centred education.” The influence of John Dewey over American thought in general, and education in particular, has never ceased to amaze me. If any writer has set out to illustrate what Schopenhauer meant by “unscrupulous optimism” it is Dewey, who disguised his middlebrow complacency behind a mask of wisdom, like an agony aunt for an old-fashioned women’s magazine. What could be more evidently a travesty of the nature and duties of the teacher than the idea that it is children and their interests that set the agenda for the classroom? And yet what idea is more likely to recruit the tender-hearted, the ignorant, and the lazy? What a gift to the idle teacher, and what an assault on the child!

From the educational philosophy of Dewey sprang the “relevance revolution” in schooling. The old curriculum, with its emphasis on hard mathematics, dead languages, ancient history, and books that are too long to read, is portrayed as an offense to modern children, a way of belittling their world and their hopes for the future. To teach them to spell correctly, to speak grammatically, to adopt the manners and values of their parents and grandparents is to cut them off from their only available sphere of action. And in the place of all that so-called knowledge, which is nothing in itself save a residue of the interests of the dead, they should be given, we are told, their own curriculum, addressed to the life that is theirs.

The immediate effect of the relevance revolution was to introduce into the classroom topics relevant to the interests of their teachers—topics like social justice, gender equality, nuclear disarmament, third-world poverty, gay rights. Whole subjects were concocted to replace the old curriculum in history, geography, and English: “peace studies,” “world studies,” “gender studies,” and so on. The teaching of dead languages virtually ceased, and today in Britain, and doubtless in America too, it is a rare school that offers lessons in German, indeed in any modern language other than French or Spanish. Of course, it could be that fewer and fewer teachers are available with the knowledge required by the old curriculum. But it is a sad day for education when the loss of knowledge is described, instead, as a gain—when the old curriculum, based on subjects that had proved their worth over many decades, is replaced by a curriculum based purely on the causes and effects of the day. At any rate, to think that relevance, so understood, shows a respect for children that was absent from the old knowledge-based curriculum is to suffer from a singular deficiency in sympathy.

Respect for children means respect for the adults that they will one day become; it means helping them to the knowledge, skills, and social graces that they will need if they are to be respected in that wider world where they will be on their own and no longer protected. For the teacher, respect for children means giving them whatever one has by way of knowledge, teaching them to distinguish real knowledge from mere opinion, and introducing them to the subjects that make the mind adaptable to the unforeseen. To dismiss Latin and Greek, for example, because they are not “relevant” is to imagine that one learns another language in order, as Matthew Arnold put it, “to fight the battles of life with the waiters in foreign hotels.” It is to overlook the literature and history that are opened to the enquiring mind by these languages that changed the world; it is to overlook the discipline imparted by their deep and settled grammar. Ancient languages show us vividly that some matters are intrinsically interesting, and not interesting merely for their immediate use; understanding them the child might come to see just how irrelevant to the life of the mind is the pursuit of “relevance.”

Moreover, the pursuit of irrelevant knowledge is, for that very reason, a mental discipline that can be adapted to the new and the unforeseeable. It is precisely the irrelevance of everything they knew that enabled a band of a thousand British civil servants, versed in Latin, Greek, and Ancient History, to govern the entire Indian sub-continent—not perfectly, but in many ways better than it had been governed in recent memory. It is the discipline of attending in depth to matters that were of no immediate use to them that made it possible for these civil servants to address situations that they had never imagined before they encountered them—strange languages, alphabets, religions, customs, and laws. It is no accident that it was a classical scholar—the judge Sir William Jones, founder of the Asiatic Society of Bengal in 1788—who did the most to rescue Sanskrit literature from oblivion, who introduced the world, the Indian world included, to the Vedas, and who launched his contemporaries on the search for the principles and repertoire of classical Indian music.

All this is of great importance to the teacher who wishes to introduce children to the tradition of Western music, and to the listening culture of the concert hall. Hand-in-hand with the relevance revolution came the idea of the “inclusive” classroom—the classroom in which “no child is left behind,” whether or not adapted to the matter in hand. Music has suffered greatly from this, since it is a subject that can be properly taught only to the musical, and which therefore begins from an act of selection. Furthermore even the musical are subjected outside school to a constant bombardment of music in which banal phrases, assembled over the three standard chords and the relentless four in a bar, have filled the ear with addictive clichés. How, in such circumstances, does a musical education begin?

The classical repertoire, it goes without saying, is not “relevant” to the pop-trained ear. It is the creation of another and earlier world, one in which people encountered music only if they, or others in their vicinity, were involved in making it. It was a performance art, which brought people together in a uniquely coordinated way, and which was inseparable in its origins from the habit of improvising around a tune. Music was played, but also listened to, danced to, sung to, and studied for its intrinsic meaning. It was fundamental to the curriculum from the moment when Plato founded the Academy. From the rise of musicology at the Enlightenment to the Conservatoires and Colleges of Music today, music has been taught as a branch of accumulated knowledge, the significance of which can rarely be grasped by the untutored ear, and certainly not by the ear of the average child. Music as an academic discipline is about as “relevant” as Greek or Sanskrit. And no matter how hard we scholars emphasize the use of the useless, we will be dismissed in the name of relevance, and told that our curriculum means nothing to the young musical person today.

To counter this argument it is not enough to point to all the ways in which a relevant curriculum debases learning by making ignorance into the measure of what should be taught. For what we dismiss as ignorance is often the smoothed and adapted outer form of accumulated knowledge, like the simple manners of ordinary people that seem inept in sophisticated company only because some forms of sophistication depend upon hiding this reservoir of social knowledge. In like manner folk music and the traditions of improvisation from which it arises are forms of collective knowledge, and the same can be said for much pop music, including some of that which has carved grooves of addiction in the young musical ear.

The real objection to relevance is that it is an obstacle to self-discovery. Some sixty years ago I was introduced to classical music by teachers who did not waste time criticizing my adolescent taste and who made no concessions to my age or temperament. They knew only that they had received a legacy and with it a duty to pass it on. If they did not do so the legacy would die. They discovered in me a soul that could make this legacy its own. That was enough for them. They did not ask themselves whether the classical repertoire was relevant to the interests that I then happened to have, any more than mathematicians ask whether the theorems that they teach will help their students with their accounting problems. Their assumption was that, since the musical knowledge that they wished to impart was unquestionably valuable, it could only benefit me to receive it. But I could not understand the benefit prior to receiving it. To consult my desires in the matter would have been precisely to ignore the crucial fact, which was that, until introduced to classical music, I would not know whether it was to be a part of my life.

Once we see the logic of my teachers’ position we must recognize that, if we know what music is, we have a duty to help young people to understand it, regardless of its “relevance.” We should do this as it has always been done, through encouraging our students to make music together. In the not too distant past, every school had a choir whose members were taught to sing in parts and to read music in order to do so. This practice opened the ears of the choristers at once to the experience of voice-led harmony. From that, it was a small step to lessons in harmony and counterpoint, and thence to classes in music appreciation.

If there is a point to musicology as a university discipline it surely lies here. The immense knowledge contained in the classical repertoire cannot be imparted in a day, and even when the young ear has begun to appreciate and the young fingers to perform the masterpieces of the repertoire, fully to understand all that they contain by way of emotional and dramatic knowledge is the study of many years. This knowledge fully justifies devoting a faculty of the university to collecting, augmenting, and transmitting. But, whatever else we say of it, this knowledge is not now and never was or will be relevant. 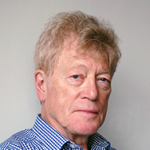 Sir Roger Scruton
One of our most influential public philosophers, Sir Roger Scruton also holds academic Chairs at Oxford University and the University of St Andrews, as well as the Ethics and Public Policy Center in the United States. He was instrumental in establishing underground academic networks in Soviet-controlled Eastern Europe, for which he was awarded the Czech Republic’s Medal of Merit by President Vaclav Havel. Although his work is wide-ranging, he specializes in aesthetics and political philosophy. He was knighted in 2016 for “services to philosophy, teaching and public education.”