The Holy Oil used for Holy Unction in the healing prayers and Holy Chrismation during baptism is a symbol but in the Greek, not English, meaning of the term. In Greek the term symbol (σύμβολον) means the place where two realities come together, in this case the oil becomes a concrete means by which the grace (energy) of God is offered. Grace and nature work together, much like how Christ (“The Anointed One”) took on human flesh and human nature to reveal Himself as the Uncreated Second Person of the Trinity, the Son of God.

In English we take symbol to mean something that represents something else. We don’t grasp the interconnectedness of grace and nature, we don’t see that grace is more than merely God’s good favor that must be comprehended to be actualized (which reduces salvation to primarily a psychological or emotional experience), we have little awareness that created things can become holy.

In this essay Dr. Mario Baghos surveys the Orthodox understanding and practices of the distribution of Holy Oil in the Orthodox Church. Read it to understand how our Lord takes the matter, the stuff, of creation and elevates it to show that salvation encompasses more than just man but involves the recapitulation of the entire creation.

In the ancient world, oil made from olives and aromatic spices and herbs had medicinal, cosmetic, or hygienic purposes. For the Hebrews, the people of God in the Old Testament, it had a more specific, sacred purpose. In the book of Exodus the Lord God speaks to the great prophet and lawgiver Moses, and instructs him to take “the finest of spices”: flowing myrrh, fragrant cinnamon, cane, cassia, and olive oil, and to make from them the “holy anointing oil” or ἔλαιον χρῖσμα ἅγιον (Ex 30:25) which in some contexts is called chrism (χρίσμα), in others myrrh or μύρων based on the use of this ingredient; and yet in others efhelaio (ευχέλαιο), which means “blessed oil.”

Moses was to use this holy oil to anoint—which means to cover, daub or smear—“the tent of meeting,” which is where God dwelt before the construction of the temple in Jerusalem (indeed the temple was based on this tent) and also to cover all that the tent contained (Ex 30:22-33). The Lord also instructed Moses to anoint Aaron and his sons with holy oil, so that they might be consecrated as high priests to God (Ex 30:29, 40:13). Long after the exodus of the Israelites from Egypt, when they had settled in the promised land of Canaan and demanded to be ruled over by kings instead of God, these kings were not—like the kings of other ancient nations—considered as gods in themselves. These kings, beginning with Saul, were instead anointed with holy oil that marked them with God’s presence.

The English transliteration of the Hebrew word for anointing, or smearing/daubing is mashach, from where we get the word mashiach, or, in English, messiah. Mashiach, or messiah, literally means ‘anointed one,’ and was an epithet associated with the kings of Israel throughout its long history; the exemplar being King David. The Jews, experiencing turmoil whenever their monarchy was disrupted by conquering nations, expected a messiah, an anointed one, who was also a son or descendant of David, to deliver them from their oppressors. The Jews received this messiah or anointed one in the Son of God, our Lord Jesus Christ, although not quite on the terms that they had expected. Instead of being anointed by oil like the ancient kings of Israel, our Lord Jesus was anointed by the Holy Spirit at his baptism (Matthew 3:13-17, Mark 1:9-11, Luke 3:21-22), and instead of delivering the people of Israel from their external oppressors, the Son of God came to deliver all nations, all people from the only enemy that oppresses us, that is death, over which sin and the devil had power until Christ’s coming (Romans 6:23, Hebrews 2:14).

Although we have seen that the Lord Jesus was anointed with the Spirit of God, the fact that his sacred epithet, the word ‘Christ’ or Χριστός, means ‘anointed one,’ indicates that there is a connection between the Lord and the holy oil, the chrism. This connection is made abundantly clear in the Orthodox Church during the service of baptism, where the bishop or priest entreats the Holy Spirit to bless the oil that is used to cover the catechumen both before their triple immersion in water and immediately after; the latter constituting the chrismation or χρίσμα proper, where the newly baptised is sealed with the gift of the Holy Spirit and becomes a member of Christ’s body.

Thus, our Lord Jesus Christ, the Son of God who is anointed by the Holy Spirit, binds us to his body the Church through anointing with this same Holy Spirit, an anointing that takes place via the holy oil described in various stages of the baptismal process as elaio (έλαιο), chrism (χρίσμα) during the chrismation, or even myron (μύρων). It is baptism and chrismation that permit us to partake of the Church’s other sacraments or mysteries that constitute nothing other than a participation in the very life of Christ, including: the Lord’s body and blood in the Holy Eucharist, in Holy Confession, in Holy Matrimony or Marriage, and in Holy Ordination for some.

Another important sacrament or mystery is known as Holy Unction or simply as efhelaio, a reference to the “blessed oil” used once again during this service, although not in the same way as the oil is used in baptism or chrismation. During the Holy Unction service, the oil is used specifically for both spiritual and physical healing, as reflected, for instance, in the first epistle and Gospel readings of the service. In the epistle of St James we hear the voice of the brother of God:

Is anyone among you sick? Let him call for the elders of the Church, and let them pray over him, anointing him with oil in the name of the Lord. And the prayer of faith will save the sick, and the Lord will raise him up. And if he has committed sins, he will be forgiven (Jm 5:14).

And in the Gospel reading, we hear the Lord describing the Good Samaritan (Luke 10:25-27) as bandaging the wounds of the man who fell among thieves, covering them with wine and oil (Lk 10:34).

From the epistle reading we can discern that, during Holy Unction, the oil that we are anointed with in the Lord’s name, with the accompanying prayer to the Lord uttered in faith by the celebrant and by us as well, will save us and raise us up. This salvation or ‘raising up’ can have two meanings. The first has to do with us being healed, according to God’s providence, will and purpose, from our spiritual and physical sicknesses that have wounded us, much like the man beaten by thieves in the Gospel reading was wounded and needed to be healed (Lk 10:25-37). Both spiritual and physical illnesses are related elsewhere by Christ to our sins (Mt 9:1-18, Mk 2:1-12, Lk 5:17-26, John 5:14) that are indeed forgiven in this service by the application of the holy oil. In other words, this service is both for the forgiveness of sins and for the healing of the illnesses of both soul and body.

The second meaning that comes from our being saved and raised up by prayer and the application of holy oil has to do with our ultimate salvation in Christ, our being raised with him at his second coming. But the first meaning that has to do with the forgiveness of our sins and physical and spiritual healing, and the second meaning concerning our final resurrection in Christ, are related insofar as we constantly need to entreat Christ for forgiveness and healing if we are to participate in the “resurrectional life” (cf. St Basil the Great’s On the Holy Spirit 15.35), both in this life and in the life to come. And it is also important to point out that although the efhelaio can be undertaken any time in the Church for one or more of its sick members, in the Greek tradition it is deliberately placed every year in Holy Week, in the lead up to Holy Pascha, in order to prepare us for the participation in our Lord Jesus Christ’s resurrection from the dead, the high point of the Christian experience.

That Christ, through the application of the holy oil, the efhelaio, grants this forgiveness and healing freely on account of his boundless compassion and love for us is made clear in the first prayer uttered by the priest in this service, to our

…[G]reat and marvelous God, who keeps your covenant and Your mercy to them who love You; Who grants remission of sins through Your Divine Son Jesus Christ. You gave us a rebirth from sin; You give light to the blind and raise up the fallen; You love the righteous and show mercy to sinners.

It is this merciful and loving God who is entreated in this service to make the holy oil one of gladness and sanctification, “a royal robe, an armor of might, the deflecting of every satanic assault, the seal of immunity from snares, the gladness of heart, everlasting joy.” And although the healing power of the oil is due exclusively to the power of the only healer of our souls and bodies, our Lord Jesus Christ (together with his Father and the Holy Spirit), at the end of the service, when the priest entreats God during the prayer of the anointing to heal us “from the ailments of “body and soul” and to endow us with life, certain specific saints are invoked to entreat the Lord in our behalf. These saints, who receive their power from Christ, accomplished the Lord’s will in their lives by healing others without receiving payment. In the Church, these self-sacrificial saints, many of whom died as martyrs for Christ, are known as “holy unmercenaries and healers”—they are “Cosmas and Damian, Cyrus and John, Sampson and Diomedes, Mokias and Aniketos, Panteleimon and Hermolaos, Thalelaios and Tryphon.”

Orthodox Christians believe that these saints, like all others, stand in the presence of our Lord Jesus Christ even now, interceding to Him for our salvation. It is clear therefore that the sacramental action of the Church in Holy Unction is bound up with the intercession of these saints for one specific purpose: our healing and restoration in Christ, which is the very goal of the Christian experience and the purpose of our lives. 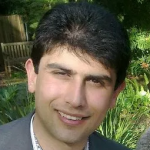 Mario Baghos
Dr. Mario Baghos has a Ph.D. in Studies in Religion from the University of Sydney (2015). He taught Church History and Byzantine Studies at St Andrew's Greek Orthodox Theological College (Sydney College of Divinity) from 2010-2017 and is a sessional lecturer at St Cyril's Coptic Orthodox Theological College (SCD). He is an Adjunct Senior Lecturer in the School of Philosophy and Theology at the University of Notre Dame, Sydney (Broadway Campus), and Adjunct Lecturer in the School of Theology in the Faculty of Arts and Education at Charles Sturt University.