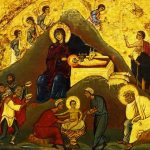 As we continue—or for those of us observing the Old Calendar Feast, as we begin—to meditate on the Incarnation of Christ, following our celebration of His Nativity, we can find a luminous source of insight in the typology and prophetic power of Psalm Eight. Fr Patrick Henry Reardon’s classic work, “Christ in the Psalms,” shows us how not only this … END_OF_DOCUMENT_TOKEN_TO_BE_REPLACED 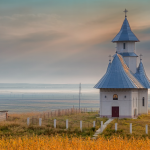 Originally published on July 31, 2016. Father Pat’s Pastoral Ponderings Human freedom is an experience before it is a concept. Indeed, even as concept, freedom is extremely elusive. It is hardly surprising that modern science, concerned with precision and objectivity, is distinctly uncomfortable with it. The “scientific method,” with its emphasis on … END_OF_DOCUMENT_TOKEN_TO_BE_REPLACED 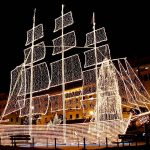 In the Roman Catholic Church and other Christian churches of the West, the several weeks prior to Christmas are known as Advent, a name from a Latin word meaning "coming." It happens that the beginning of Advent always falls on the Sunday closest to November 30, the ancient feast day (in both East and West) of the Apostle Andrew. Among Christians in the West, this preparatory … END_OF_DOCUMENT_TOKEN_TO_BE_REPLACED