Protopresbyter George Florovsky was one of the most important and influential Orthodox scholars and theologians of the twentieth century. Born in Odessa in 1893, the fourth child of an Orthodox priest, his family was forced to flee the Russian Empire in 1920, and he was ordained to the priesthood in 1932. He went on to teach at St Sergius in Paris, and at Harvard, Princeton, and St Vladimir’s Seminary in the United States. 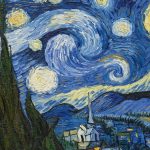 By Georges Florovsky This philosophical and theological reflection by Fr George Florovsky is part of a larger essay called “Redemption.” It was published in Volume Three of his Collected Works: Creation and Redemption. The version presented here breaks up some of the long paragraphs for the sake of readability. Greek philosophy did not know and was in no … END_OF_DOCUMENT_TOKEN_TO_BE_REPLACED